You Are Here: Joe Joe Jims > What’s On

We have a busy calendar of live events throughout the year from both new and established artists and musical genres from blues, to rock, reggae, jazz, country and beyond! So keep an eye on the website and don’t forget to follow us on Facebook or sign-up to our Newsletter to keep up-to-date with the latest news and new events! 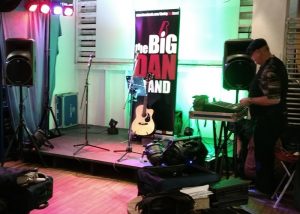 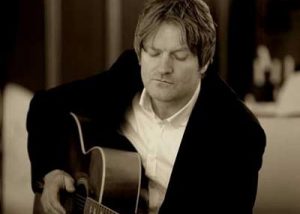 Mother Popcorn’s Loz Rabone treats us to an intimate, acoustic performance on Wednesday 11th September.
In his own right, Loz is professional singer and guitarist with many years of experience performing acoustic covers drawing from a huge repertoire of rock, indie, folk and pop classics from 60’s to modern day.
A typical set would include covers from bands such as: The Beatles. Oasis, Paul Weller, The Verve, The Stereophonics, The Kooks, Chili Peppers, Kings Of Leon, Foo Fighters, The Cure, Green Day, Rolling Stones, Neil Young, Bob Dylan, The Kinks … sounds good to us!
Please Note: Entry is FREE
Read more
Sep
12
Thu
Steve Ajao Quartet – Bebop Jazz
Tickets
Sep 12 @ 8:30 pm – 11:00 pm 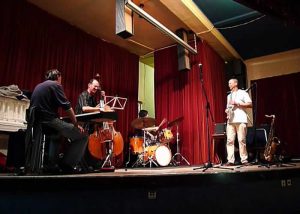 Backed by drums, double bass and piano, the Steve Ajao Quartet are all highly experienced musicians who will be presenting two sets of bebop jazz. Although we don’t know the set Steve will choose for the gig, the Quartet have previously included Dizzy Gillespie’s bebop number ‘A Night in Tunisia’ to the ballad ‘The Things we did last summer’ and the bluesy inflections of Charlie Parker’s ‘Chi-Chi’ along with Dexter Gordon’s ‘Cheesecake’ … just to give you a flavour (no pun intended) of what to expect. 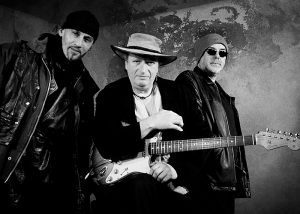 For blues-rock aficionados, Maz Mitrenko will need no introduction – but for the uninitiated, after many years working alongside the legendary Trevor Burton, guitarist/vocalist Maz formed The Maz Mitrenko Band in 2006 and they have gone from strength-to-strength, providing “a mixture of finely honed original songs alongside a range of classic blues and rock covers from the likes of Rory Gallagher and Jimi Hendrix”.

The Band, also featuring bassist Pete Vickers (Tony McPhee, Andy Hart) and drummer Phil Brittle (The Band Of Joy, Quill), are currently working on a fourth album for release in 2019 but are taking time-out for a few gigs and this will definitely be a show not to miss. 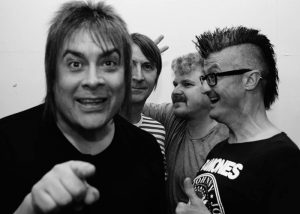 The band features former Birmingham Poet Laureate Spoz on guitar and vocals, Toppo on drums and vocals, Ratty on guitar and Couchy on bass and vocals. Spoz describes the live Vaseline experience as “chock full of 70s punk rock nostalgia, jumping about and strange hair cuts“!

Intrigued? Then get down to Joe Joe Jims on the night for what should be an energetic, highly charged performance. 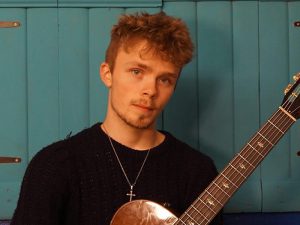 George hails from Birmingham and delivers an original mix of reggae with a rock edge and we’d definitely recommend checking him out and best of all, entry is FREE!

George’s show at Christmas was a great success and we hope that a lot of you can make it on the 18th for what promises to be a great night. 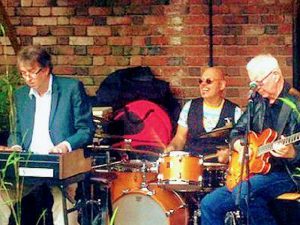 The Trio features Fred Skidmore, John Caswell and Roy Adams (with whom we’re sure a lot of you will be familiar from the Steve Gibbons Band, Al Jolson’s Dog and many other groups too numerous to mention) and they will be entertaining us with 60s and 70s soul and funk covers powered by Fred Skidmore at the Hammond organ. 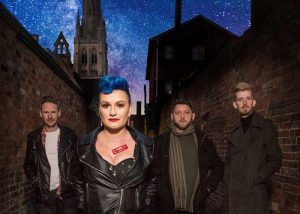 On Friday 20th September we’re excited to present The Strays who will be “fusing a multitude of genres to create a unique modern sound with a gritty, vintage edge. Described as No Doubt meets Imelda May”!

The Cheltenham based garage rock ‘n’ roll band have been gigging and recording heavily over the past few years and will be releasing their debut album this year wit the gig at Joe Joe Jims forming part of their promotional tour so expect some great new numbers as well as classics from the band’s back catalogue (checkout their excellent Brand New Day EP) and the video for Go Go Boy below for a taste of what the band have to offer.

Make sure you don’t miss what promises to be a great gig from a band whose career is on a steep upwards trajectory! 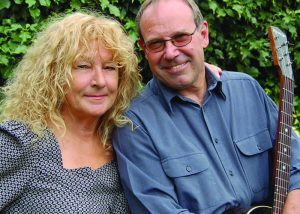 We are very excited to have secured the services of two stalwarts of the British R&B scene – two great voices, two great reputations – for a wonderful evening of acoustic blues, soul and good times, and no doubt a little humour.

Maggie Bell – Scotland’s Queen of Soul, founder member of Stone the Crows, later had an incredibly successful solo career on both sides of the Atlantic, now once again back on the music scene after a 20 year lay off. She was a resounding hit at the Led Zeppelin reunion concert in 2008.

This is no slick show wheeled out with any predictability. Indeed when Maggie and Dave take to the stage ‘anything can happen’ (and often does)! 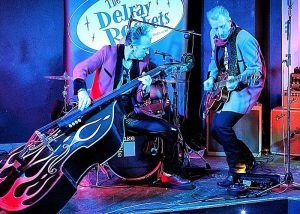 The Delray Rockets are a three-piece Rockabilly band that deliver one hell of a live punch with their energetic, fast-paced show – “putting the ‘Rock’ into Rockabilly” – and we are delighted to welcome them back to Joe Joe Jims on Sunday 22nd September.

As the band themselves point out, “don’t be fooled by the onstage setup of a double bass, Gretsch guitar and stripped down drum kit, looks can be deceiving. Once the amps are flicked on and the first beat is struck, hold onto your hats cos’ you’re in for a hell of a ride.”

Whatever style of music floats your boat, we can guarantee you’ll have a job sitting still to the Delray Rockets and your foot will be tapping in no time … maybe even experiencing the undeniable urge to dance! 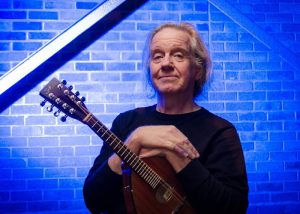 Wednesday 25th September sees the return to Joe Joe Jims of legendary singer-songwriter Dave Onions for what will be a great night of acoustic music.

Dave’s currently working as a solo acoustic player and performs live with both guitars and mandolins playing original music written by himself and his wife plus “a little frivolity/humour and a number of instrumentals” that also showcase his distinctive, percussive guitar style.

So, come along and enjoy an evening of Dave’s rootsy blend of folky blues (or bluesy folk … whichever you prefer!). 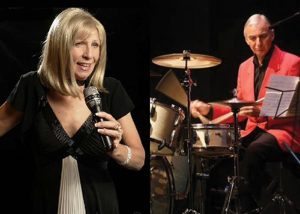 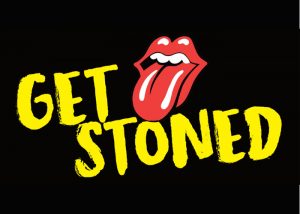 On Saturday September 28th we are excited to present Get Stoned who will be “Celebrating the music of the world’s greatest rock n roll band” at Joe Joe Jims!

The boys will be playing two sets of Rolling Stones classics from all eras of the band in what promises to be a great night … it’s only rock n roll, but we like it! 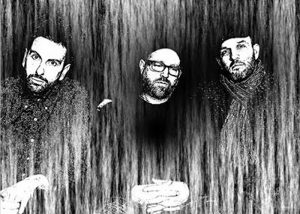 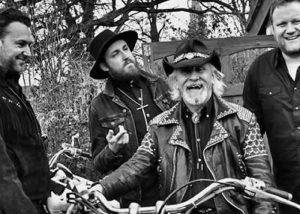 Back by popular demand, and we love ’em, Vincent Flatts Final Drive are returning to Joe Joe Jims to provide an afternoon of ‘take no prisoners’ blues boogie.

Featuring legendary frontman Steve Burton (Bertie) – Starfighters and the E-Numbers being two previous bands of Bertie’s that spring to mind – and describing themselves as a “Whisky Swiggin’ Bad Ass Kickin’ Go Anywhere Giggin’ Boogie Band“, the Flatts’ show promises to be an event not to miss … and if you missed their previous gigs, where were you? Don’t make the same mistake twice! 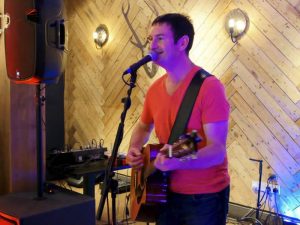 On Wednesday the 2nd October we are pleased to welcome back local singer/guitarist Andy Thomas for two acoustic sets performing a mix of classic and eclectic covers from the 60s to the present – including songs from Paul Weller/The Jam/The Beatles/The Who/Small Faces/Ocean Colour Scene/Oasis/Stereophonics/Green Day/The Killers/The Zutons and, err… Abba.

See you down the front then! 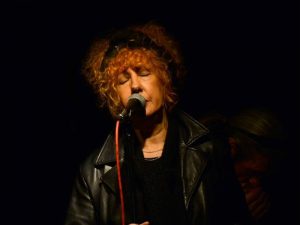 On Thursday 3rd October we are pleased to welcome Life for their first visit to Joe Joe Jims.

Life are a 6-piece band led by Sue Fear – featuring Ray Sweeney (guitar) Nigel Darvil (keys) Alan Harper (harmonica) Buzby Bywater (double bass) Richard Heath (drums) – and will be performing swing, blues and jazz classics from the 1930s through to the 1950s along with some modern day jazz/blues covers.

Licensed with Challenge 25 in Operation – Strictly Over 18’s Only 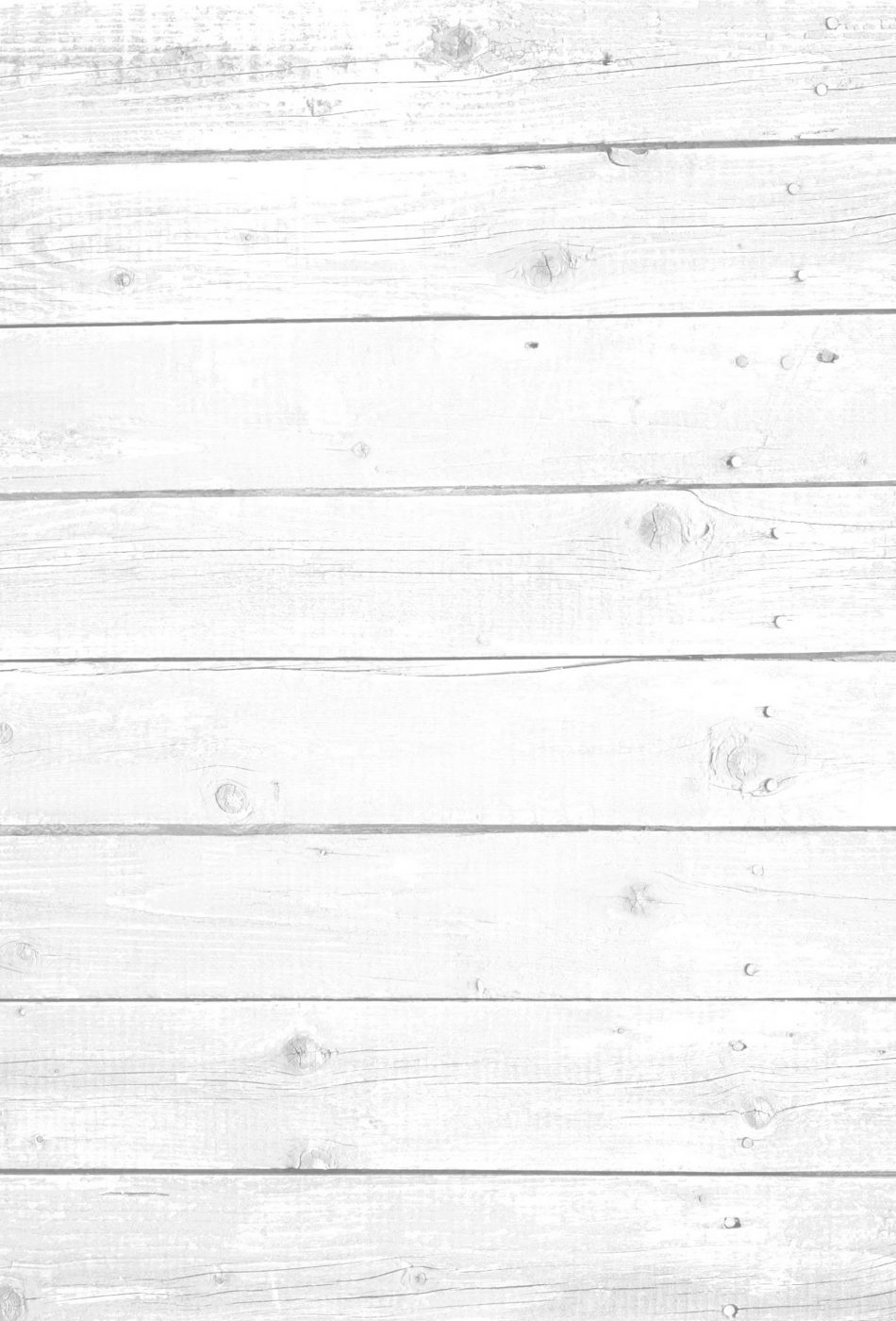